In 1974 Michael Cahsel’s father bought a new BMW colored verona red. For many years the red runabout drove the 5 family members everywhere. And with the reliable tractor the BMW 1602 managed to pull the trailer 5,20 m length to all the destinations of our family holidays. 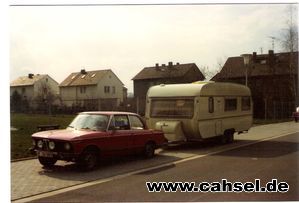 Then came the day that a bigger car became necessary and with a have heart the BMW 1602 was replaced by a BMW 520.

The years went by and Michael Cahsel’s love to the BMW 02 series remained in his heart all the time. Finally Michael turned 18, the exam for the drivers licence was passed successfully and the own car came to tangible reach. To celebrate this day Michael’s father declared: “Son, now I will by you your first car!” Soon Michael became the proud owner of a light blue BMW 1502. Now the course for the future were set for good. 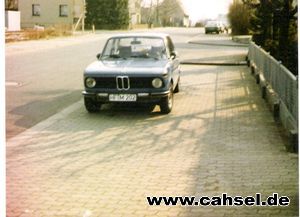 With this BMW 1502 Michael Cashsel was caught by the fever to work on this car. He started to collect the first spare parts und fast he found other BMW 02 friends and enthusiasts with whom an exchange of spare parts started. Unnoticed at first, a wheel was set in motion that 12 years later leaded to the company which was named “Michael Cahsel – your BMW 02 specialist” then.

At the beginning it started in the parents garage. The picture proves, that the young Michael Cahsel was a real hunter-gatherer. 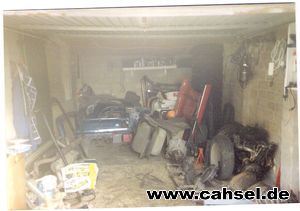 The garage became too small very fast and bigger premisses had to be found. A part of an empty factory for furnitures became the new place to do more “handicrafts” and offered more store room too.

As time went by, more and more BMW 02 enthusiasts came to Michael Cahsel. They did not come to find the right spare parts only but were looking for Michael’s advice for the rebuilding and the restaurations. The hobby took more and more time.

On the 15.08.1997 Michael Cahsel has made his hobby to his profession official and the company

On the premises of an altered farm a BMW 02 part warehouse was build-up. From there the customers could be supplied as fast as possible and more BMW 02 have been rebuilt and restaured. The customers received a competent 24/7 hours service and help with advice and action. The company grew bigger and again, the premises on the farm were not big enough any longer. 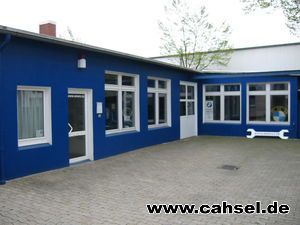 Here are 500 m² for exhibition and warehouse for spare parts available.

In year 2004 additionally to the assembling, repair and restauration motor sports was added. “We were tired to use our tuned cars on public streets only.” So we aquired a license for races and joined the “Youngtimer Trophy” then. 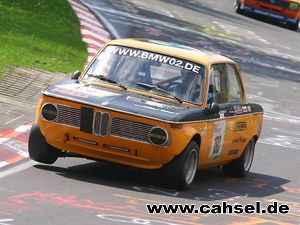 “Because of the motor sport we got the opportunity to test the undercarriages and the equipment. With the use of this knowledge we can give advices to our customers even better.” But this is not the only reason for Michael Cahsel on the chase for his personal minimum time to run over the race track with his BMW 02 “Such a race offers a lot of fun” or to say it with the words of the Bavarian manufacturer: “BMW – fun with the driving”.

Over the years location "Bad Oeynhausen" became too small and because of this we buy in the year 2010 an additional hall with ca. 750 m² with offices, showroom and storage rooms. Location "Benzweg 5, 32584 Löhne". 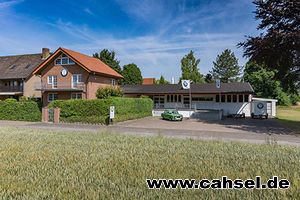 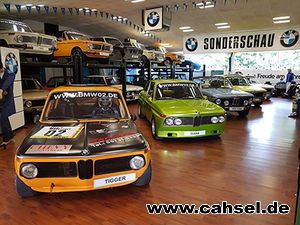 Nowadays the customers all around the world will be supplied with all kind of spare parts and until now Michael Cahsel has take care for over 350 BMW 02 personally.

BMW supplier, technical consultants and insurance companies contact the 02 specialist for help and ask for his advice.

Amongst our customers you can find famous race drivers, formula 1 professionals and BMW driver Hans-Joachim Stuck who drives the 2002 ti. 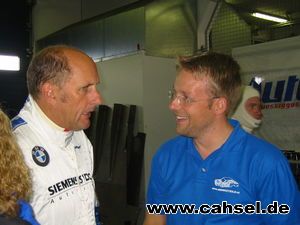 We hope for more successful years to come and for a further successful co-operation with you.