Motorsport
it continued on the Ring!

In the first race, Michael Cahsel had accepted the "Nordschleife Challenge". This time, our BMW 1600-2 "Wasp" was damaged so severely that a reconstruction in time for the upcoming race was impossible.

Michael Cahsel and his team were determined to continue the racing season somehow. It was quickly decided to search for a new car. And as fate would have it, things soon fell into place as if destined to do so:

Almost immediately, the opportunity to purchase a very good race car presented itself!

For Michael Cahsel, it was love at first sight - the BMW 2002 Group 2 was the perfect car. It had to be this one and no other would do.

The team was thrilled to hear of the new race car, whose colour scheme soon prompted its new name: "TIGGER"

With that, all obstacles had been removed.

Our second race in the "Youngtimer Trophy" are imminent.

Upon or arrival, the "Eifel" presented itself in typical fashion: rain.

We didn´t let that bother us though. Full of emotion and infected by the racing bug, we tackled the preparations with incredible enthusiasm. Just in time fo the race, the weather gods looked upon us favourably and the rain clouds disappeared.

„may the ride through green hell begin !“

84 bends over 24.358 kilometers, jumps, peaks and troughs. On a sunny day with dry asphalt, it is still the most challenging race track in the world. A vertiable rollercoaster ride through dense forests, called "The Green Hell".

Though lacking experience with "Tigger", Michael Cahsel remained focused throughout, working with the same precison as his race car to continously improve his lap times and was rewarded with a satsisfying final result.

Overjoyed, Michael Cahsel was received by his triumphant team. The weekend had turned out to be a complete success. Finally, the pent up pressure made way to endless relief and it was time for all to move on after the initial disaster of the first race.

"THE TIGGER IS BORN"

Join us in looking forward to more news around our BMW 2002 Group 2. 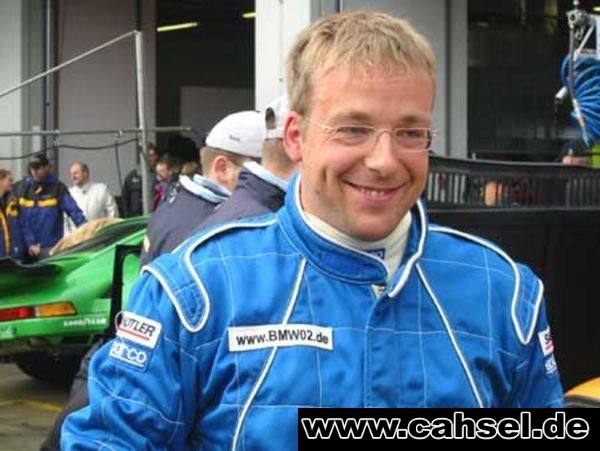 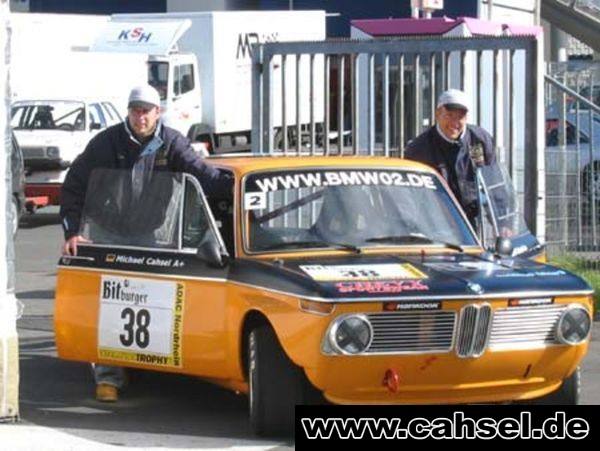 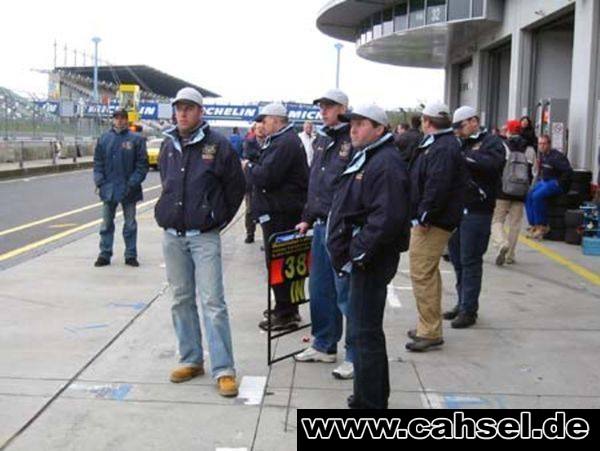 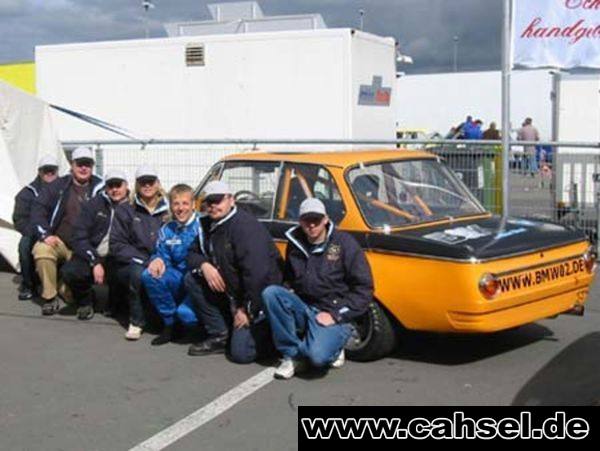 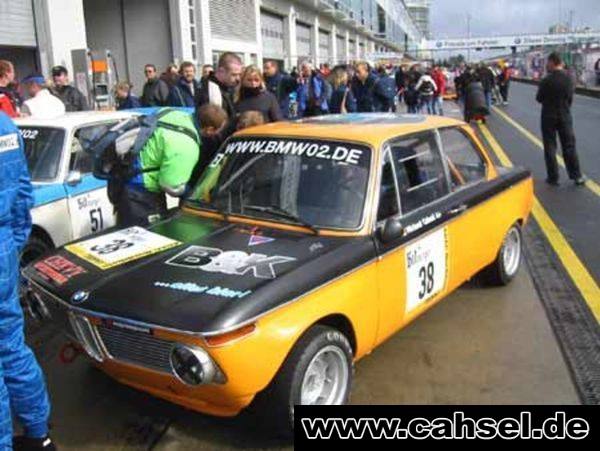 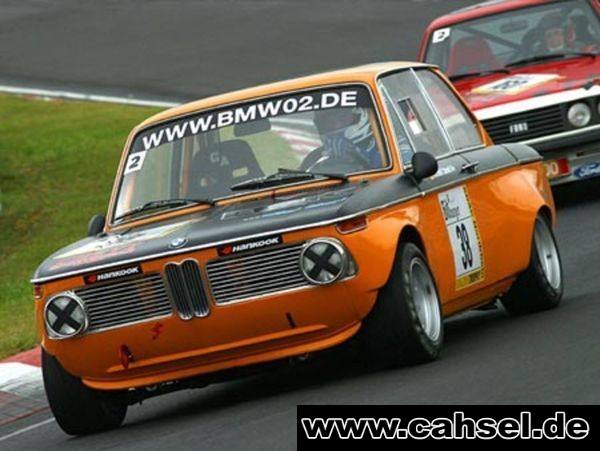 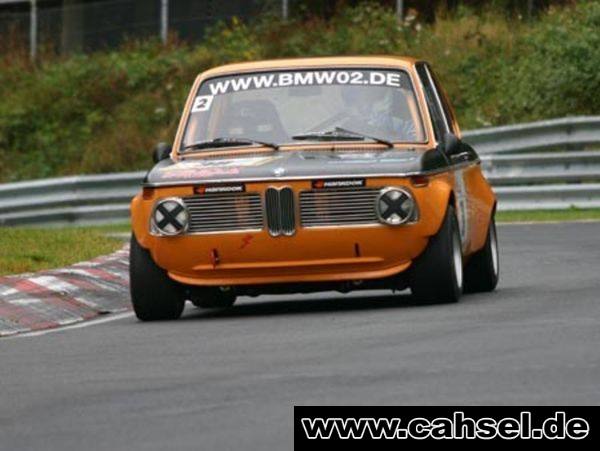 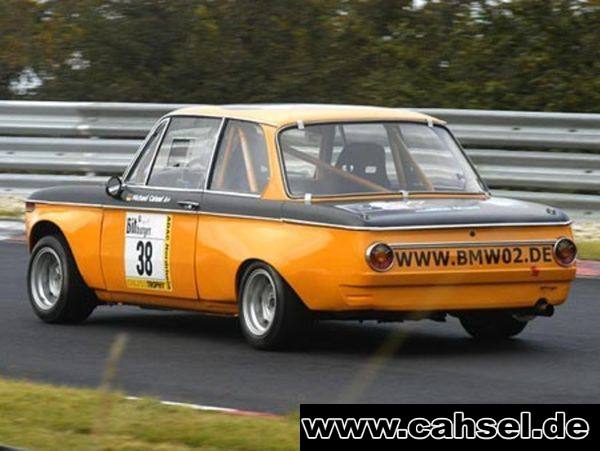 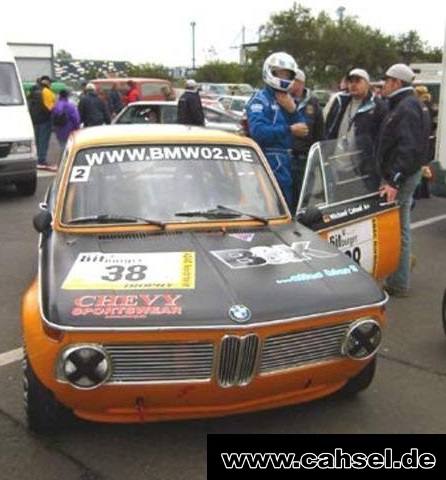 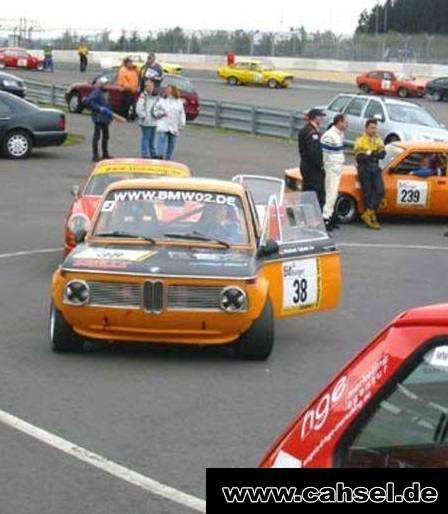